MNN. Mar. 16, 2016. This article is relevant to ongoing New York State Police attacks against the rotino’shonni [Iroquois]. It was written in 2006 about events in Akwesasne in 1990. Distribution of the story at the time was limited. Current pictures have been added. MNN.

“Threats, attacks, coercion and censorship have been made against Six Nations who have reclaimed some of our land near Caledonia Ontario Canada. The government and the corporate media will not let the real news be printed until it’s too late for you to do something about it.

“An unsavory episode in Akwesasne of Mohawk Territory comes to mind. It echoes events in many native communities during the past few decades. ‘Indian Country’ is full of unsolved murders.

“Two murders occurred in Akwesasne in 1990. Akwesasne is on both sides of the imaginary line known as the Canada-US border. They left deep scars on the community. They cast a shadow over events today. With 19 policing agencies patrolling the territory, why can’t these murders be solved? Are they protecting someone? Were these two men sacrificed? Many remain silent, blind and deaf to the horror. Those who know are afraid. For others silence is like looking the other way while someone else pulls the trigger. 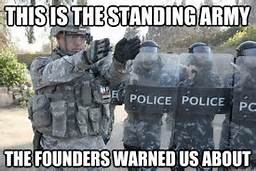 “Let’s review what was going on when these murders were used to justify the police and army invasion of Akwesasne Territory . Everything was orchestrated to bring the army in and to get rid of the “bad” Indians, the ones who stood up to the corruption of the outside governments and their tribal and band councils.

“In that year, there was controversy over gambling at Akwesasne. The two sides were dubbed the “Antis” and the “Warriors”. The Antis would invite the press in and stage shootings. They claimed that gangs of marauding youths with semi-automatic weapons were roaming the streets, scaring almost everyone half to death. This was not true. It was the corporate media’s spin on it. The surrounding communities were utterly frightened. The Warriors made a pledge that they would never fight against their own people. Nobody was killed.

“The controversy over the casinos was a smoke screen. The underlying issue for all kanien’ke:haka/Mohawk communities has always been and always will be sovereignty, constitutional jurisdiction and land. New York State and the FBI do not have the authority to come into our sovereign country to dictate what establishments we can and cannot have. The Antis wanted to stop the casinos even if it meant relinquishing our rights. Today the tribal and band councils are pushing for casinos and ready to give up our lands and rights forever to benefit a few native people and many non-native interests. They’re inviting taxation and corporations and outside agencies to enforce the outside laws. The state wanted to create hopelessness among the people. Said the Indian Act and federal Indian law councilors, “What are we supposed to do? They invited us to the table and this is the deal we got”. 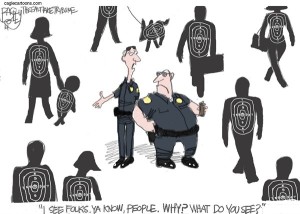 “The issue of sovereignty and jurisdiction led to other confrontations. In 1971 New York State authorities were preparing to expand Highway 81 which passes through Onondaga Territory . The People protested. The tadodaho, Leon Shenandoah, led a blockade of the highway. The Warriors, or the men of the Longhouse, were called in to help. They arrived as the “guardians of Mother Earth”.

“New York State Police were preparing to storm Onondaga when a riot broke out in Attica State Prison. This emergency had higher priority. The attack they planned on Onondaga was averted. They went to Attica instead. The massacre committed there is infamous. Guards as well as prisoners were slaughtered. The mishandling of the riot brought international criticism down on New York State .

“Because of this, the Warriors were successful in their defense of Onondaga. There was no expansion of the highway. But the Confederacy faced other challenges.

“In the mid 1970’s a condoled chief was removed by law by the warriors. This frightened the other condoled chiefs. Many of them knew they had committed violations of the kaienereh’ko:wa (Great Law of Peace), the constitution of the Haudenosaunee. They began to fear the men who were responsible for maintaining adherence to the Great Law, the rotiskenraketeh, or “Warriors”. These chiefs began a campaign to create the illusion that Warriors no longer existed in Haudenosaunee society. This fabrication was created by those who were afraid of being reprimanded.

“Since then, the stigma has stuck, fed by rumors generated by who knows who. Maybe some day people will remember the facts. All men within Haudenosaunee culture are rotiskenraketeh. This means they “carry the peace”. But it is translated into English as “Warriors”. It is not a secret society. All Haudenosaunee men are rotiskeneketeh.

“The Haudenosaunee have laws pertaining to murder. These two murders in Akwesasne have been falsely and loosely associated with the so-called Warriors.

“Within the Territory of the Haudenosaunee nations the rotiskenraketeh have never been associated with evil, violence or murder. On the contrary, they are taught NOT to harm another Indigenous person. They have to look first to where the problem comes from. At the time of the two murders, the problems came from the outside.

In those years, New York State Governor Mario Cuomo had a weekly radio show discussing current events. One night he did a show on the troubles at Akwesasne. He received two calls, one on the air and one after the show.

“First, a woman called in and said that the warriors were firing upon a house and that they had already fired over 5000 rounds.

“Cuomo asked, “Has anyone been injured?” The answer was ‘no’. Cuomo responded, “Well, I guess no one is trying to hurt anyone”.

“After the show, a man called to ask him to send in the New York State National Guard against the warriors. Cuomo refused, saying, “I don’t want to see anyone hurt”.

“Then the person asked, “What is it going to take for you to send in the National Guard?”

“He made the unfortunate reply, “Dead bodies”. Within hours there were two dead bodies of Mohawk men found shot. 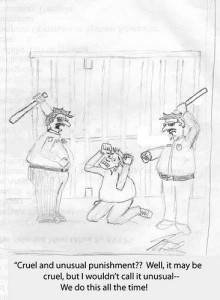 “This woman caller accused a well-known individual and the warriors of the murders. Cuomo knew for a fact that the accused was in Toronto and therefore could not possibly be near Akwesasne at the time of these crimes. Cuomo immediately realized he was being lied to by the caller.

“During the ensuing confusion, the New York State Police got permission by the Warrior Society to come in and investigate the two killings. The Warriors knew that none of them was responsible. They wanted an investigation to uncover the truth. This did not occur.

“A well-known native reporter was arrested and jailed based on an eye witness report that he was responsible for one of the killings. The witness was visited by unnamed supporters of the accused. In court the witness recanted his initial statements. The accused was never exonerated. They just did not have enough evidence at the time to convict him. The proceedings were stayed. Indian Affairs paid for the defense of the accused. In fact most of the cost of the whole Akwesasne conflict on both sides of the border was borne by the Canadian government.

“The governments achieved what they wanted. For a long time the Mohawks became quiet and seemingly subservient. The government set up “healing” and “pacification” programs right out of Indian Affairs. It was called the “Kumik Lodge” where they trained Indians to be medicine men and women and sent them out to the territories. Also set up were the Aboriginal Healing Foundation, women’s shelters, Men for Healing and youth were particularly targeted.

“Sixteen years later, there has still been no proper investigation of these two murders. We must be one of the most over-policed communities in the world today. There are 19 policing agencies patrolling Akwesasne, with the ATF and the National Guard scheduled to join us soon. Yet they still can’t solve the murders. What do you think? Why can’t they solve these murders? No one has explained the strange timing of their occurrence.
It’s because the outsiders who would be investigating themselves orchestrated these murders.

“The outsiders also set up a native fifth column inside Akwesasne who got fights going on between internal groups. This lead to confusion and chaos in the midst of the grieving over the murders. Those Indians on government payrolls and their families set up an office and accommodations at NAVCAN, a Canadian government building in Cornwall . They worked daily on the territorial picket lines against their own people. They put out a lot of propaganda against individuals falsely accusing them of doing things they did not do, taking or mismanaging money and so on. 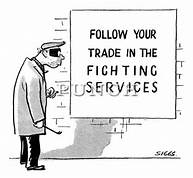 … like going into Akwesasne as the Non-violent Coordinating Committe to start trouble.

“The tribal and band council governments set up by Canada and the United States brought in what were called “non-violent coordinating committees” and volunteers secretly set up by the state of New York . They were at the picket lines and would stop us from coming and going and generally harassing, sometimes not letting us pass. [This has already been set up in Caledonia ]. These people took the law into their own hands and got away with it. Nobody could stop them because they had all the resources of the colonial state at their beck and call.

“The band and tribal councilors and their supporters were working with all the outside agencies such as Customs, state police, the feds of Canada and the US , Ontario and Quebec and the media. They were driving around Akwesasne in “Indian” vehicles but we knew they were FBI agents. The band council wanted to criminalize anybody who stood up at that time, who got in the way of what they were doing. After this, so-called “self-government” was introduced. Both countries were trying to strengthen their colonial hold on us. They had bigger plans and needed to have us under control. It’s still the same, they want our land and resources and us out of the way.

“Quebec police officer, Marcel Lemay, was investigating the murders of the two men in Akwesasne. On July 11th 1990 the paramilitary forces of the Quebec Police attacked Kanehsatake. Marcel LeMay was shot and killed during this raid. Kahnawake closed down the Mercier Bridge to stop the bloodbath that was sure to follow. In July 1990 three Mohawk communities were under siege.

“Is this any different from the accidental deaths of the three Ontario Provincial Policemen during the enquiry into the Dudley George murder by the OPP? They were just about to testify and then they died. Is this all Indian magic or is there some more mundane explanation? 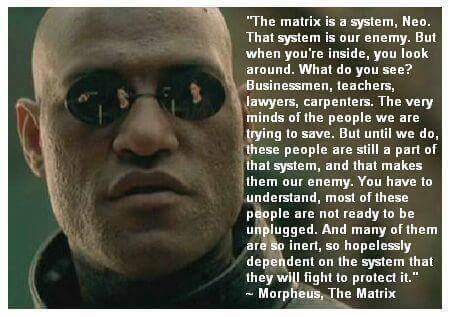 “For years the people of Akwesasne and the other Mohawk territories grieved over these two murders. During this mourning period, the outside authorities came in. These murders created the excuse and justification they needed to come in and take control of the community.

“We should fear the day when the colonial authorities send in unfeeling robots to kill us. Otherwise, we will always have people who will resist the corruption and theft of the colonizers”.