MNN. Nov. 24, 2015. L. Frank Balm, writer of the “The Wonderful Wizard of Oz”, and foremost American journalist, suggested US should go all out one more time and finish them off. He said, “We’ve done so much injustice to the INDIANS. We should just attack them one more time and exterminate them altogether for good! One more wrong won’t make a difference. This is the way to go”. 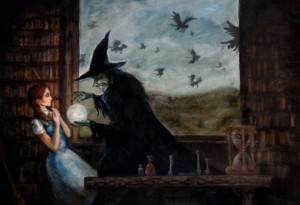 “Yer goin’ to otkon land for what you done to us!”

In Oz the Wicked Witch of the West represents the onkwe’hon:weh. We are trying to stop Dorothy from getting to the promised land. Her red shoes possess magic, which burns when the evil witch touches them. onkweh’hon:weh represented evil. The winged monkeys going after Dorothy represented us. http://www.counterpunch.org/2004/06/26/indian-hating-in-the-wizard-of-oz/

“Their glory has fled, their spirit broken, their manhood effaced,” Baum wrote of Native Americans in his newspaper. “Better that they die than live the miserable wretches that they are. We cannot honestly regret their extermination.” 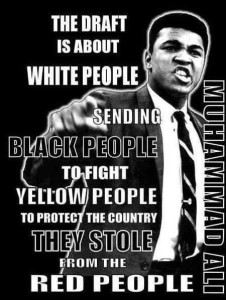 That is the constitution of the bloodline.

Every American was reading this in their daily newspapers. Baum’s job was to represent US foreign policy that justified the extermination of the INDIANS. The yellow brick road lead to the gold at the end of the road. He stoked the fires of INDIAN hatred and violence into the American mind forever.

The CROWN thought we were done as a people. The corporate Indian Act and Federal Indian Law were meant to legally annihilate us. It did not. They looked back to what worked for them in the past. Massacring us! This is the direction they went with Operation Gallant Piper, Scorpion Saxon, Onondaga and the others. They are angry at us. We are the people they could not defeat. They will never win their longest war. They will never win their longest false flag, which is the American experiment.

Balm’s words are the real reason for the attack in Onondaga on May 14, 1997, by the US military, to finally get the Iroquois once and for all! 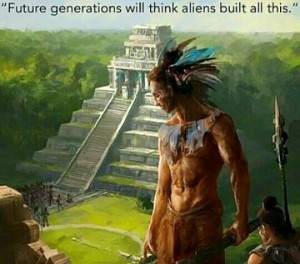 We built this, folks!

It’s time to stop and undo their wrong. They have to come clean. The genocide can’t be erased. They could rebuild the people and return what’s ours. Not everyone is a sadist. There are those among them who know right from wrong.

As Cyfher tells Neo just before going into the matrix the first time, “Get ready, because Kansas is going bye-bye!”

As Led Zeppelin reminds us, “The Battle of Evermore” continues: “The apples turn from brown to black and the tyrant’s face is red. Oh, the war is common cry. Pick up your swords and fly. The sky is filled with good and bad. The mortals never know …”.

where does money come from.