MNN. Apr. 4, 2018. We natives, the true natural people of turtle island, the only sovereigns, will discuss how to stop the rape, pillage and murders of our people by the intruders. 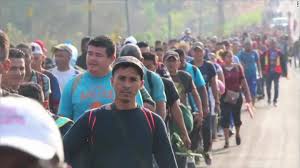 ALL OUR RELATIONS FROM THE FOUR DIRECTIONS ARE TRACING THE ROOTS OF PEACE.*

We will control our destiny on turtle island as creation intended. The corporations of Canada and the United States extort our resources to set up their evil global collection agency called the ‘government’. If we don’t give the intruders more and more, they threaten to kill us. karonhiaktaje said that taxation is a one-sided swindle. You share your daily bread with the intruders who take and keep everything [Warrior’s Hand Book]. 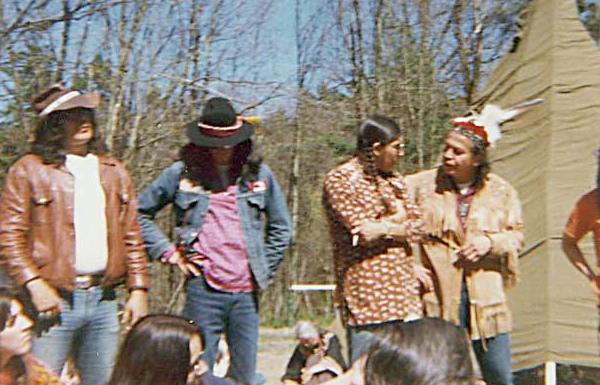 THE LATE KARONHIAKTAJEH LOUIS HALL TALKING WITH ROTISKERAKETE.: “LEARN THE WARRIOR’S 10 COMMANDMENTS. YOU WON’T REGRET IT!” 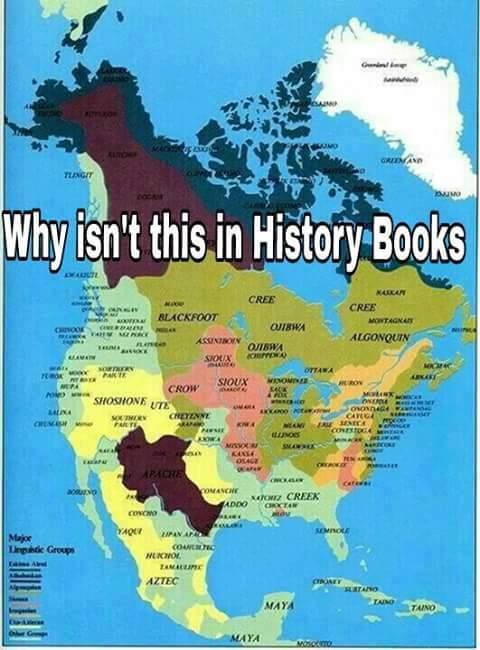 FOR REAL! TYENDINAGA IS RIGHT THERE ON GREAT TURTLE ISLAND! OUR RELATIVES ARE EVERYWHERE! 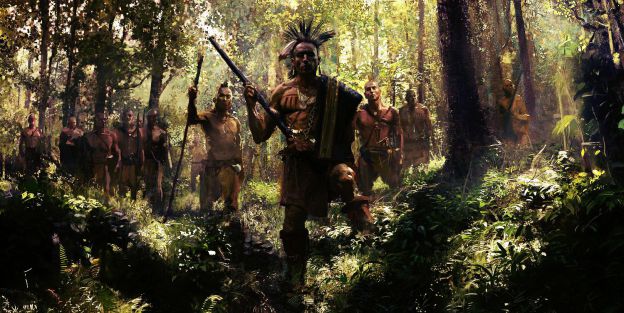 “YEAH! I THINK TYENDINAGA IS THIS WAY, ON THE BAY OF QUINTE WHERE DEKANAWIDA SAILED AWAY IN HIS STONE CANOE?”

Each of us needs to refresh our knowledge of how to straighten the tree of peace:

LESSONS ON: STRAIGHTENING THE TREE OF PEACE 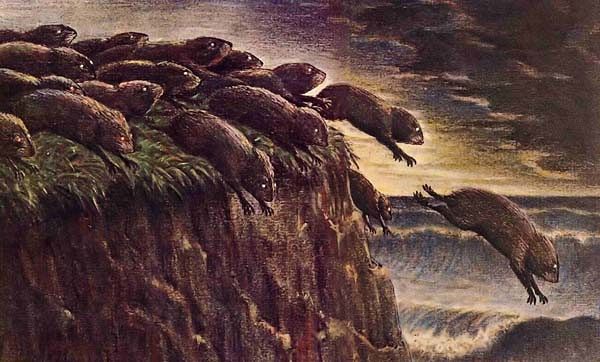 WOW! LOOK AT THOSE BAND/TRIBAL COUNCIL LEMMINGS TRYING TO STEAL, SELL AND PLUNGE OUR BIRTHRIGHT! 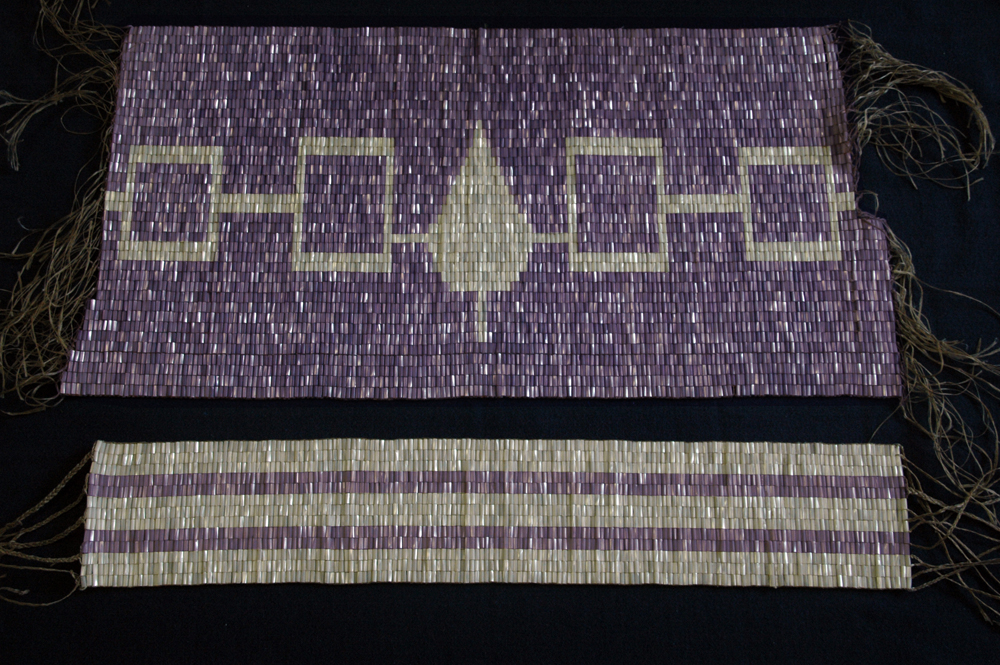 The intruders tell us there is no end in sight because their on-going genocide works very well for them. A Tribe Called Red says this is what’s been happening. Only the natural people can stop it: “You have taken the land which is rightfully ours. Years from now, my people will be forced to live in mobile homes on reservations. Your people will wear cardigans and drink highballs. We will sell our bracelets by the roadsides. You will play golf and enjoy hot hors d’oeuvres. My people will have pain and degradation. Your people will have stick-shifts. The gods of my tribe have spoken. They have said, “Do not trust the Pilgrims”. And for all these reasons, I have decided to scalp you and burn your village to the ground.”

HEY, WORLD. YOU CAN HELP US MAKE CANADA AND THE UNITED STATES ALLY THEMSELVES WITH THE TRUTH ACCORDING TO THE KAIANEREKOWA. TOGETHER WE CAN BUILD THE MOMENTUM FOR PEACE:

pueblo sin fronteras ON THE MOVE

MNN. May 31, 2017. The band/tribal council is a cesspool of filth, fraud, dishonesty and malfeasance. These revolting turds revel in their artificial power over us, backed by the military. Dictatorship is their only power. As Sitting Bull said, “Money is soon gone but land is forever”. 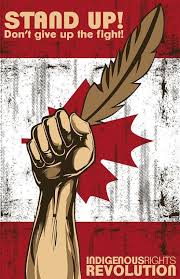 The controllers through their media generate fear amongst the public. We know that fear is the biggest enemy of the people.

Each generation is getting stronger. How beautiful and proud our people look today. Those that enter band tribal councils think they will change things from the inside. They soon see that the circle does not work within the pyramidal structure the corpo band council system is based upon.

If all band councils walked away from those corporate dictates and money, te-wa-ta-tawi [our sovereignty] would be restored immediately. 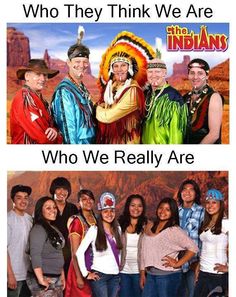 We are proud of our men who continue to follow the original instructions of our mother.

Prohibition against tobacco was one of the basis for our resistance. It belongs to mother earth. We asserted our unextinguished te-wa-ta-tawi. The warriors pushed the revolution through trade and commerce. They’ve been raided, arrested, jailed, beaten, given records and killed. Everyone of them knew they were doing the right thing. 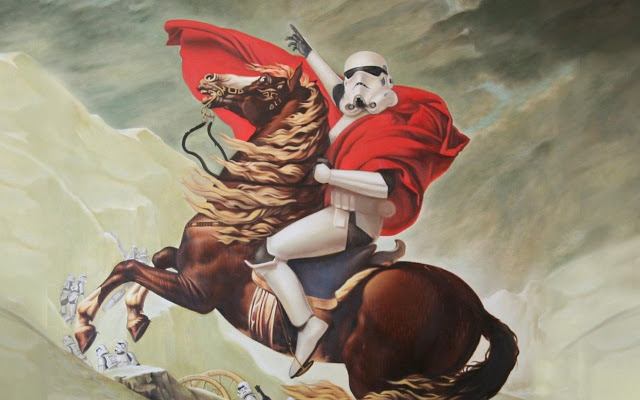 They always protected us, guided by our constitution, the great law of peace. They overstepped the corporate bounds set by the enemy. Suddenly our businessmen were called “criminals” and “terrorists”.

No business is too small or too big to feed our people. They are smart and courageous and never ran away from a threat. They persisted against the overwhelming odds of the corporation. 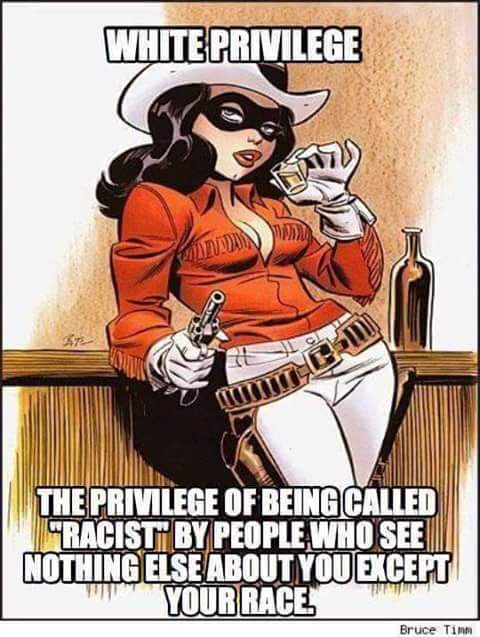 The band and tribal councils continue to push the genocide agenda. With our blood on their hands they are not our people anymore. They alienated themselves out of the circle and are traitors.

The first chance they have, they will stick the knife deep into our back and give it a twist. In 1990 in Akwesasne two boys were shot in the back because NYS needed bodies to bring in the outside police.

As always we are under surveillance and being tested for their fear-based assimilation strategy, Mohawk/Oka Crisis, Caledonia. Gallant Piper, Onondaga and so many more. We have a duty to protect the lands, waters and natural resources that all living things need to survive and co-exist with all nature.

The Rolling Stones sing about the band councils cleaning up their filth [Sweet Virginia]: “Wading through the waste, stormy winter. And you haven’t got a friend to help you through trying to stop the waves behind your eye balls. Drop your reds, drop your greens, drop your blues. Thank you for your wine, California. Thank your for your sweet and bitter fruits. Yes, I’ve got the desert in my toenail and I hid the speed inside my shoe. But come on, come on down, sweet Virginia. Come on, honey child, I beg of you. Come on, come on down, you know you got it in ya. You gotta scrape that shit right off your shoes”. 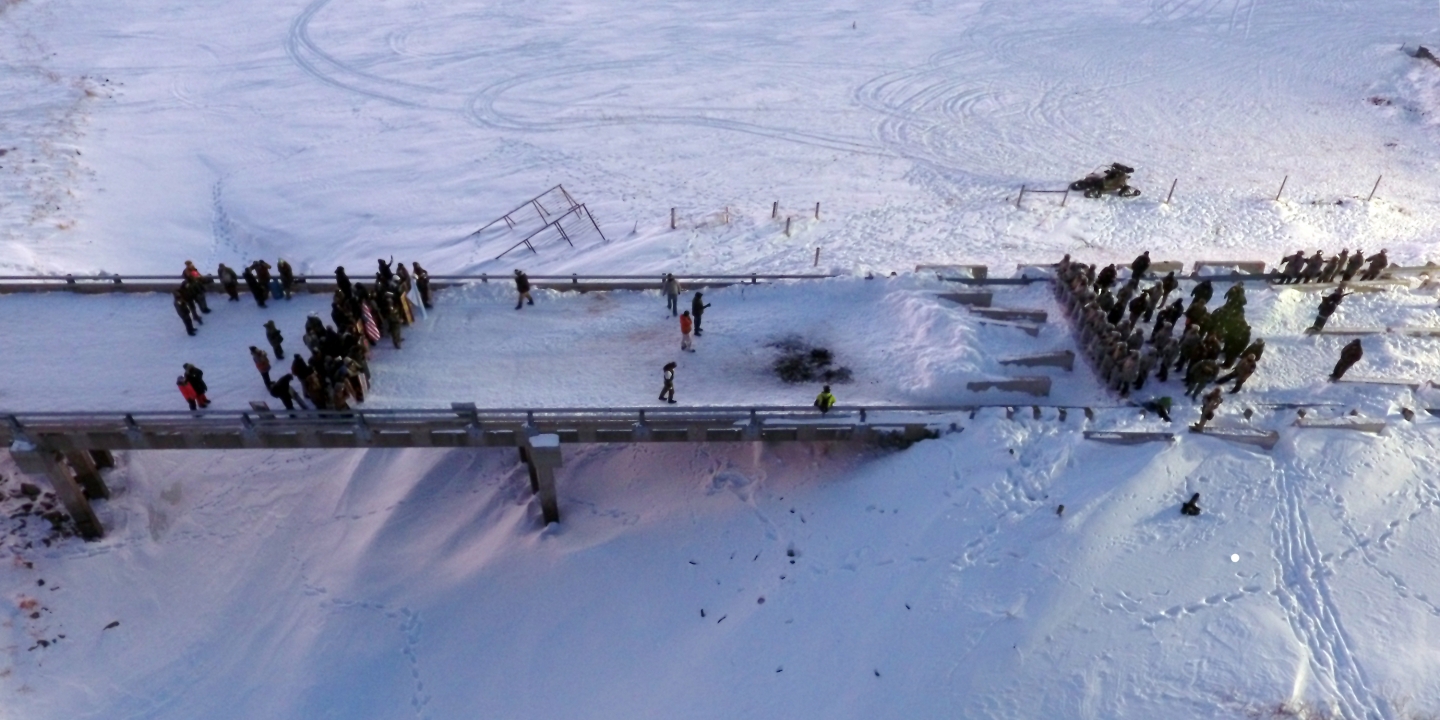 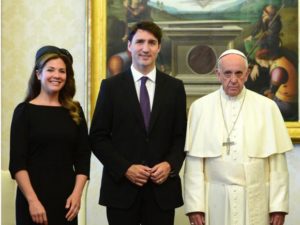 MNN. May 29, 2017. Toronto‘s Ryerson School of Journalism was founded by evil rotten scoundrel, Eggerton Ryerson. He was part of the Family Compact and Chateau Clique that created the current version of the colony called “Canada”. 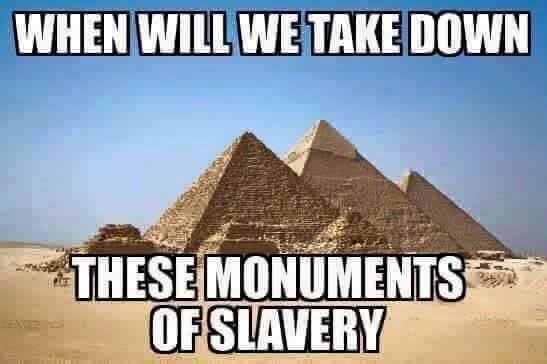 Ryerson helped design residential schools death camps to totally exterminate us. POW camps called “reservations” were set up where we were supposed to die. Now pipelines and toxins are covering our land with poison and schools are teaching how to murder us.

Documents have just been published that mercenaries were sent to kill the water protectors at Standing Rock for DAPL. Academics prepare feasibility studies on how to rob us and sell our resources, then kill us and get away with it. 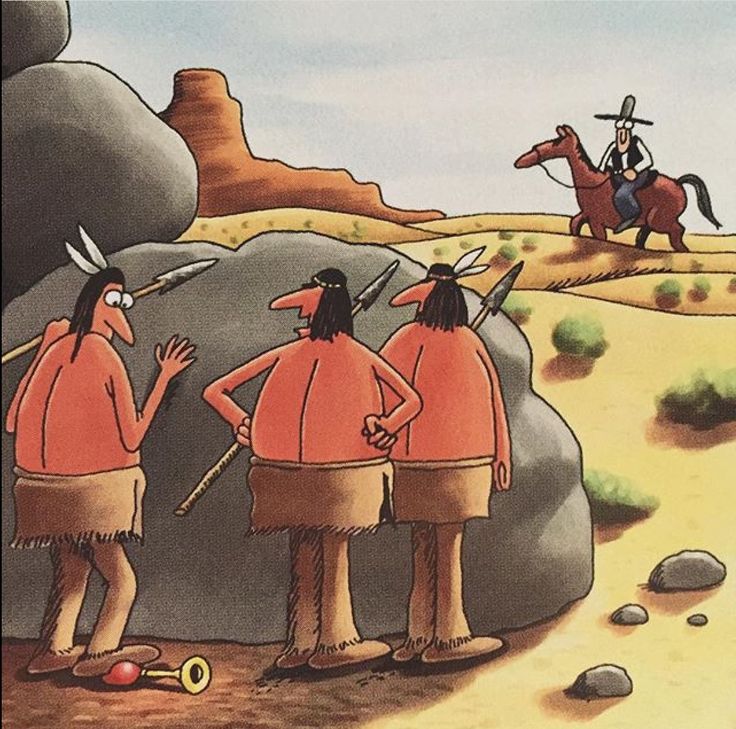 WE KNEW DAPL WAS SENDING IN MERCS!!

The US Republic of War sends out their pushy henchman, called a president, to scare people into submission. He spouts his power and threatens to crush everybody. 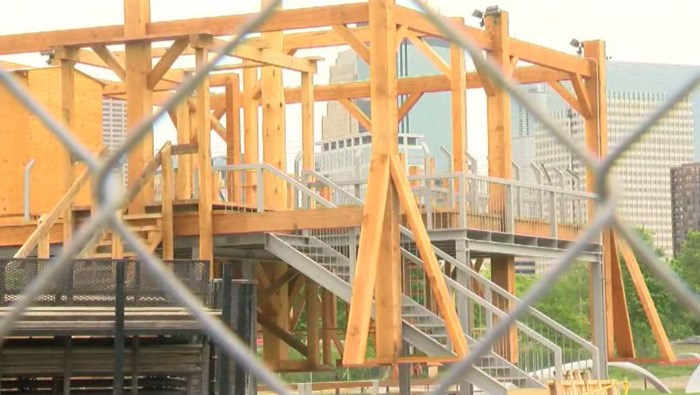 Trudeau does what he’s told because his father formalized the sale of our funds from our resources to the international bankers in 1974. His family became rich through thievery and murder. Justin Trudeau is beholden still to those same bankers.

PM Trudeau stands by the bully who pushes, hits, scares, threatens and embarrasses himself in front of the world. All prime ministers past and present take their orders from the same shareholders who fraudulently own both corporations of Canada and US. 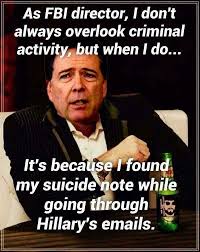 The bar lawyers take an oath to the bankers through the Temple Bar in the City of London.

In Canada two big issues are being investigated which the Family Compact and Chateau Clique want to keep under wraps. First, the residential school murders of our children by the government. They admit their guilt but will not punish themselves. Second, the government refuses to investigate themselves for the missing and murdered women and children.

The INDIAN traitors, municipal, provincial, federal, will be purged. We will be free from these monsters. The faithful INDIAN allies think their masters will save them, as they listen to the cries of the innocent. We don’t have to execute them. They have already buried themselves in their own filth. They will all be prosecuted for their crimes.

US and Canada are the most corrupt societies in the world. They always torture our children to have their way with us. They know that no one loves our children more than we do. Our war cry is, “Power is in the people”.

We imagine Alice Cooper would love to sing this song to Eggerton Ryerson: “Well, we got no choice. All the girls and boys, making all that noise cause they found new toys. Well, we cant salute you, cant find a flag. If that don’t suit ya, that’s a drag. Schools out for summer. Schools out forever. School’s been blown to pieces”. 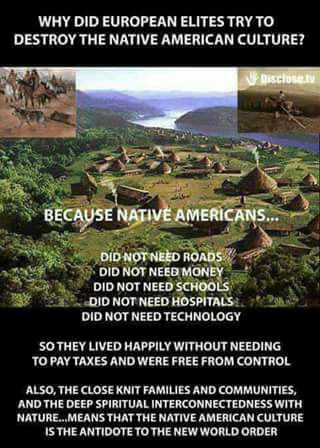 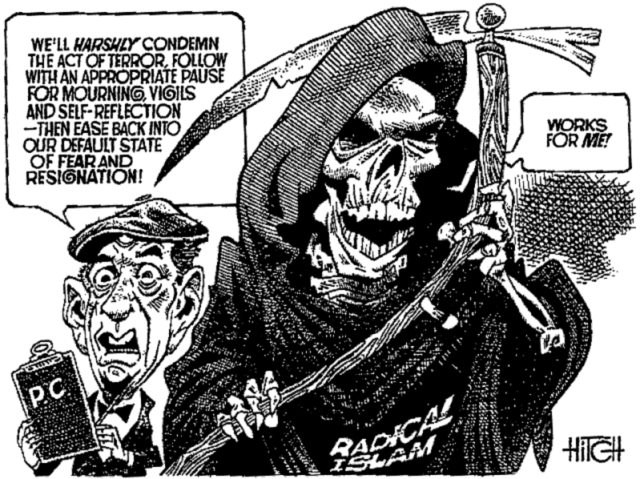 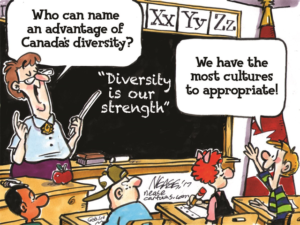 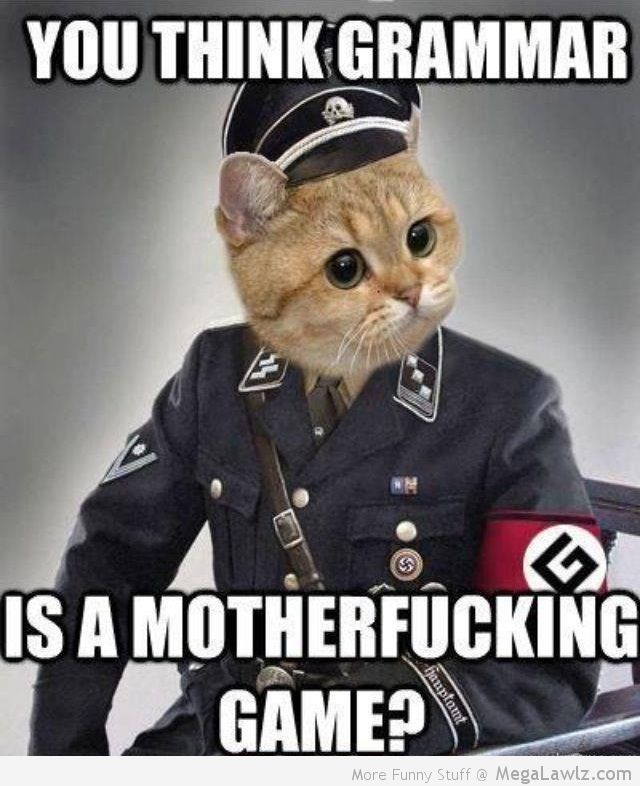 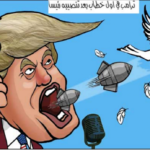 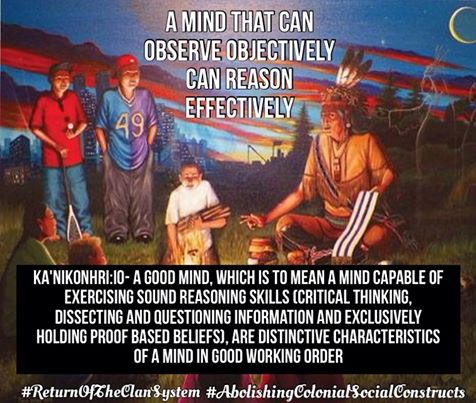 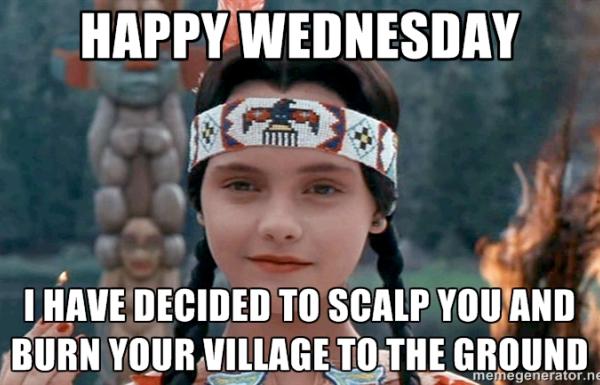