MNN. Feb. 25, 2013. Kanen:to Paul Diabo was a very important man in Indigenous history. He made it possible for ironworkers and all other Iroquois and Indigenous to cross the border to the Unite States freely.

Problems began when the US Congress instituted the Indian Citizenship Act of 1924. The Haudenosaunee [Iroquois] people refused to accept US citizenship when they realized that they would lose their treaty status and all claims to be a distinct nation. It seems that the American government didn’t like that and decided to make an example of one young ironworker who still dared to cross that [Canada-US] border to work. 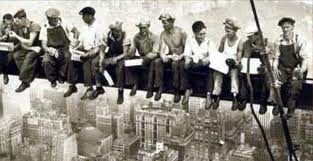 Diabo was an iron-worker from Kahnawa:ke. He was arrested in 1926. In 1927 at age 36, he appeared in court to discuss his deportation to Canada as he was considered an illegal immigrant because of the new act. 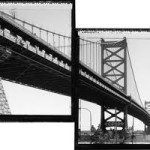 Although Kanen:to faced trials and the possibility of going to prison yet another time [he had been in prison for getting caught in Philadelphia before, working on the Benjamin Franklin Bridge], he did not give up. He argued that it was his right to cross the border without interference, according to the Jay Treaty of 1794. He said that since he was a citizen of the Haudenosaunee Six Nations Confederacy he was able to cross the border without anyone stopping him. During his time in court, the people in Kanawa:ke were helping Diabo and his family by providing both financial and moral support.

Finally in 1928, he did win his case and the right to cross the border freely, a victory for him and all his people. The court later deemed in 1952 that any person who had at least 50% Native blood could have these rights.

This was an amazing success. And this all happened because one of our Indigenous men risked his freedom to fight for the rights of his people.