MNN. SEPT. 23, 2019. Climate change is happening because the multinational corporations are deliberately destroying the world by poisoning the waters, trees and the people. The UN and global Agenda 21 and Agenda 2030 are drafted to eventually establish the taxing of every breath we take, disguised as a carbon tax. 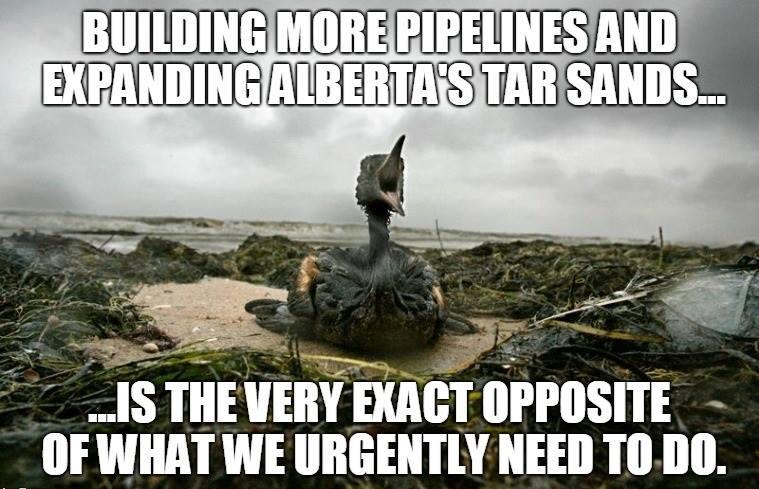 The climate change movement is the common denominator for the people who are trying to implement the New World Order. What are the global change marches supposed to do? Lots of media coverage. Momentary leaders and spokespeople rise up. The issue of climate change and its causes are brought forward for the moment. Lots of overtime for the police.

The issue is like the wind. It is felt for the moment but nothing happens afterwards. 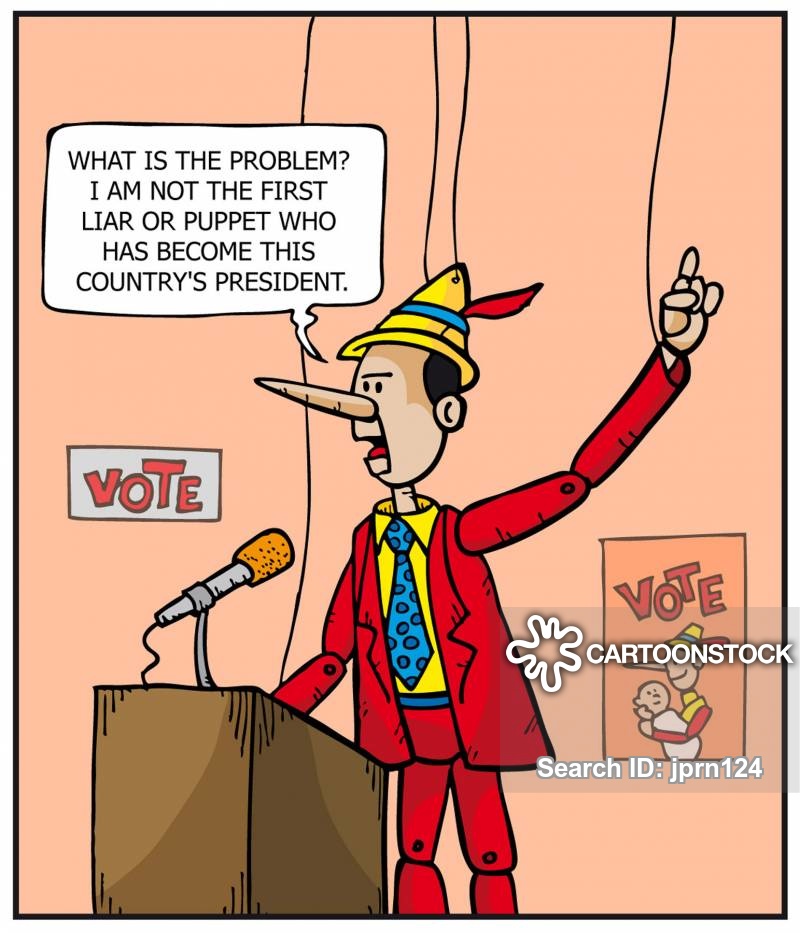 EVERY PRIME MINISTER INCLUDING TRUDEAU IS GUILTY OF COMPLICITY IN GENOCIDE.

Canada has been celebrating the genocide of the onkwehonweh for 152 years on July 1 every year! The owista disease is caused by the corporate 51% majority rule elective system. It matters not if you vote left or right. They are all controlled by the same bankers. The only solution is to not take part in the corporate vote. Your only real choice is to vote for the corporate system to continue or not to vote so the corporate system will falter.

Everyone must get educated on the issue. There are repercussions such as arrests, lifelong police files, police terror, stigma, etc.

It is now the weather war. Canada is not decolonized. Its aim is to dispossess the natives of land and rights. It wants to keep its unlawful extractive society. Selected trouble makers like those who interfere with corporatism and settler colonialism will be surveiled. The march could be volatile, disruptive or passive. All names are put on the surveillance list and can never be removed. Files are created and available to the cops and the state for their extensive data bases. The security state of Canada is national security and policing agencies, industry and corporate partners, bureaucracies and intelligence data banks. The movement can criminalize anyone that challenges the extractive industry, demands self-determination or contests provincial and federal claims for our lands and resources.

owista is the most dangerous disease on the planet. it is caused by the 51% majority rules. The cure for owista is kaianerekowa.

Jimi Hendrix hit the nail on the head with this song: “White collar conservatives, flashing down the street, pointing their plastic finger at me. Pretty soon their kind will drop and die. But i’m gonna wave my freak flag high”. [if 6 was 9]

MNN. 16 FEB. 2019. The onkwehonweh, original people, of turtle island never wanted to be and are not Canadians or Americans to this day. Our kaianerekowa and teiohateh guided us for thousands of years. The theft, genocide and assimilation scheme enforced by the invaders and their military is aimed at total extinguishment of the true native people of turtle island.

DOCTRINE OF DISCOVERY – Colonial Summary. “The Doctrine of Discovery established a spiritual, political, and legal justification for colonization and seizure of land not inhabited by Christians!”   https://upstanderproject.org/firstlight/doctrine/ .

The Papal Bulls of Discovery are the foundational documents of the genocide puzzle. The fictional story is that Roman Catholics went to “heathen lands’. Those non-believers in the myth of Jesus Christ can be owned by the Papacy, Crown. These usurpers imposed absolute title over us, all life on turtle island and created the US military/industrial complex, the republic of war.

The Crown has no documents showing conveyance, the law to pass the title. The original title remains as it was before they arrived here. Justin Trudeau admits he has no title and acknowledges the horrible dark history. 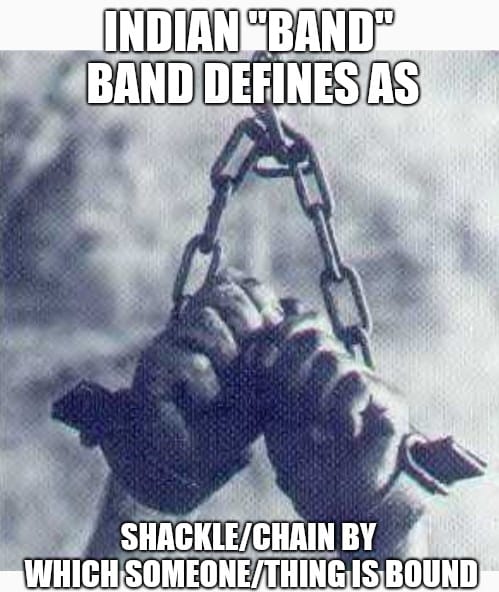 After the Great Peace of 1702, Britain agreed to the terms of the teiohteh and affirmed their agreement by settling in Kingston Ontario. This is the only legal conveyance they have to be here. They agreed  to the kaianerekoteh through the teiohateh to survive and co-exist with all life as brothers and sisters on mother earth forever. As soon it was broken, they have no more legal conveyance. They are an occupying military force run from the 14th floor of Indian Affairs in Ottawa.

1857 ACT FOR THE GRADUAL CIVILIZATION OF THE INDIAN is the sugar coated Genocide Act of 1857.

The Act is to Encourage the Gradual Civilization of Indian Tribes. The statute required the mandatory “enfranchisement” of male Indians over the age of 21. They would no longer be deemed an “Indian” but a regular British subject. He was branded a CORPORATE FIRST AND LAST NAME by the minister of Indian Affairs, with the last name following the father. His wife and descendants would also be enfranchised. They would no longer be members of their “former tribe”. He was given “a piece of land not exceeding fifty acres” out of the reserve lands set aside by the SuperIntendant of Indian Affairs and his share of the annuities of his tribe. “He has no voice in the proceedings thereof”

To seize Canada the British Parliament wrote up the BNA Act, which was essentially a Letters Patent for the British corporations to exploit our resources.  The BNA Act was to kill, extinguish the onkwehonweh or assimilate us into the corprorate body politic. The Crown claimed our land, removed our identity, and incarcerated us in POW camps called “reserves” and then build death camps for our children called “residential schools”. BNA imposed jurisdiction over “Lands and lands reserved for the Indians” [Indian Act], taking everything from us without our knowledge or consent, declaring us non-human so we could not hire any legal advice to help us fight their paper genocide. Indian interests [humans, lands, funds] were controlled and managed by the Crown which had illegal fraudulent title to all our possessions. We could live on the POW camps until we became extinct or they needed the land for something else.

INDIAN ACT 1876 The Indian Act is administered by Indian and Northern Affairs Canada (INAC) is a part of a long history of assimilation policies that intended to terminate the cultural, social, economic, political and our physical existence.

“An Act for conferring certain privileges on the more advanced Bands of the Indians of Canada, with the view of training them for the exercise of municipal powers”. [Assented to 19th April, 1884.]

“INDIAN LANDS ACTS OF OCTOBER 25, 1924.   MNN. Jan. 28, 2019. Canada usurped our lands and resources in 1924 through the Indian Lands Acts of each province and carried out the genocide program designed by Duncan Campbell Scott, Superintendent of Indian Affairs. The ten Indian Lands Acts were signed and put into effect on October 25, 1924 to try to legalize this theft and genocide by Canada. We were forced into military compounds called “reserves”. Our chiefs were shot and Band Councils were installed.“

Canada imposed blood quantum [apartheid] legislation so they can decide who is and is not an “Indian”. It is a mathematical formula to ensure our extinction. Only dogs, horses and Indians are quantified in this way. No treaties in Canada  show conveyances therefore they are illegal. The “land claims” process is their effort to claim our land, while they pretend that we are claiming a portion of our own stolen land back from them.

PERSONS CASE. Women were not persons as designated in the BNA Act. Indians were not considered human and therefore could not hire lawyers. We could not fight the thefts and kidnapping of our children until 1962. Our trust funds were taken forcefully. 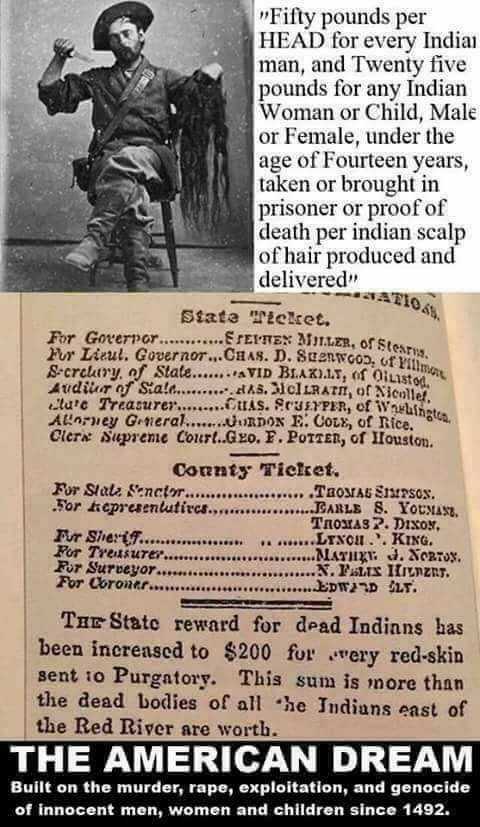 1969 WHITE PAPER. Statement of the Government of Canada on Indian Policy,  called “The 69 White Paper”. Prime Minister Pierre Trudeau and the Minister of Indian Affairs Jean Chretien developed the Indian Policy for the continued program for the extinction of all native people. Opening statement in the Act is, “To be an Indian is to be a man”.

1996 Certain traitorous Indians and the colony of Canada entered into a Framework Agreement on First Nations Land Management on February 12, 1996 (the “Framework Agreement”); original people do not want colonial settlers. The Act is being signed by Canada and its Canadian Indian band council agents [Assembly of First Nations.] Each of us is sovereign. Every onkwewonweh has to be consulted on everything that has to do with us, or it is invalid and illegal.

The onkwehonweh never had to prove our rights to exist to anyone. The colony of Canada must live by the kaianerekowa through the teiohateh, or they must leave.

The invaders of Canada illegally occupy most of the land of the onkwehonweh men, women, children and the land of our mother. Canada has no land, no language and no culture. Government of Canada Create Recognition and Implementation of Rights Framework is fraudulent. CANADA’S EXTINCTION PLAN, PART 2 CONTINUES . . .

These acts and others have the foundation document they rely upon, the Doctrine of Discovery. It is illegal. As the prophet Jimi Hendrix says: “if six turns out to be nine, I don’t mind. If the hippies cut off all their hair, I don’t care. Cause I got my own world to live through, and ain’t gonna copy you.” [if 6 was 9] 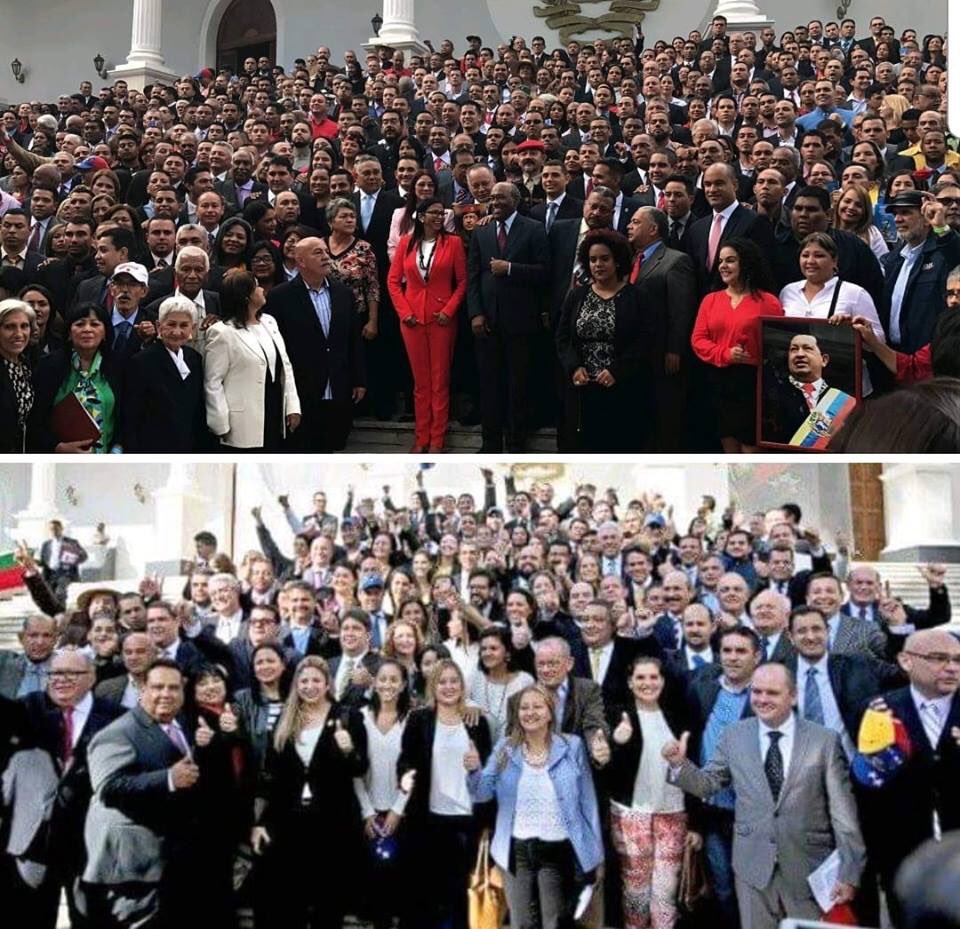 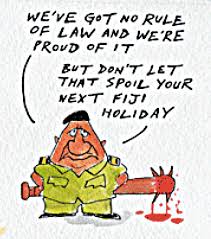 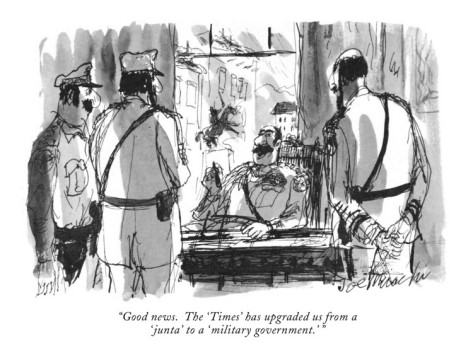 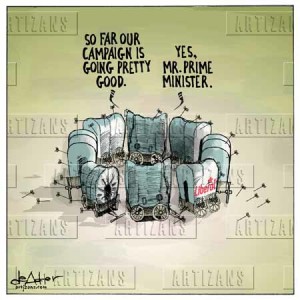