MNN. May 18, 2013. We all have the duty as the eagle on the top of the tree of peace, to watch for impending danger and to report back to the people. A false flag delivers a false look. It gives us the kind of picture the enemy wants to scare and control us. Fear and anger are created to gauge a reaction from the people. When the people demand a solution to the problem that was created, the solution will always be to our detriment and to take away the little freedom we have left, until we have none. The skeptics, dissenters and those who don’t follow the program will be jailed or assassinated. Hence the 50 FEMA camps, one in each state. Harper plans to build similar “private prisons” or concentration camps in Canada. 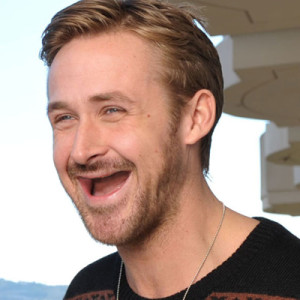 Falsies are theater with actors, costumes and scripts, produced by the corporations. The Sandy Hook Show is the most blatant. The same actors showed up at the Boston Marathon Incident.

The end goal of all “falsies” is designed to create the authoritarian police state with the power to murder 80% of all the people. They will decide who lives or dies. Then the hierarchical lies continue into the next sun with the power elites still in charge. 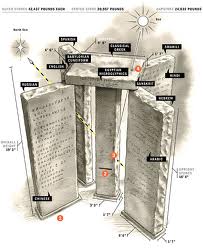 In Canada “Project Blue Beam” has been in the development stage for a while. A 3D movie will broadcast in the skies a religious rapture or alien invasion event. The movie in the sky is their biggest falsie yet. It is the 21st century version of the 1930’s radio psy-op, “War of the Worlds”, using a different medium. They think the people will demand the army come in and fight the aliens for them. Then martial will be declared! 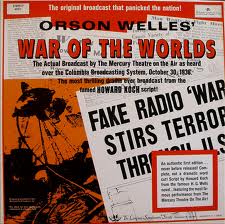 Look at reality. It’s a holographic image! Enjoy this Hollywood extravaganza! Then remember David Bowie’s song “Ground Control to Major Tom. Commencing count down, engines on. Check ignition and may God’s love be with you!”Space oddity

MNN. Apr 17, 2013. “False flag” is a covert military operation designed to impose extreme fear amongst the population so it appears they are being attacked by other entities, groups or nations. In naval warfare a flag was put upon the ship, hence the name false flag operation. In the recent past all major wars have been started with false flags [eg. WWI, WWII, Vietnam, Iraq, etc.]

Americans: “Mohawks always know what to do!”

The first modern false flag was the American Revolution. Coincidentally, it started in 1775 in Boston Habor when the Free Masons dressed up like Mohawks, boarded a British ship and emptied all of the tea into the harbor. They stated they would rather throw the tea away than pay the king’s tax. They pretended to be Mohawks so as not to pay the taxes. Nothing changes! 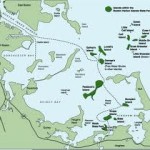 Both George Washington and the British commander Cornwallis met and planned the subsequent skirmishes in the Masonic Lodges throughout the colonies. In 1775 from that incident at Boston Harbor known as the “Boston Tea Party” George Washington and his ragtag army began the first major skirmish called the “Battle of Bunker Hill” on the north side of Boston Harbor. 2,400 British troops drove out 1,500 Americans.

There were skirmishes between 1776 and 1778. In 1779 the true reason for the American Revolution was revealed. Maj. Gen. John Sullivan marched through Seneca and Cayuga country to the capital of the Iroquois Confederacy at Onondaga with 12,800 heavily armed men. They chopped down the Tree of Peace and tried to put out the fire that symbolized the peace. The real reason was to turn the law of the land, our constitution of peace, into the “law of war’ US Constitution.

Washington:” Cornwallis, the Iroquois know we are workng together”.

The British parked their ships at Quebec City while the Americans did their dirty deed for them.

The law of peace tied all the Indigenous nations across Great Turtle Island together. Soon the Mohawk, with all the other Indigenous nation on Onowaregeh, will fulfill our destiny by standing up the tree of peace and eliminate the war problem. As Bruce Springsteen penned on how a population is deceived “blinded by the light, cut loose like a deuce, another runner in the night. Blinded by the Light”. 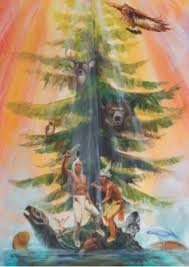 Tree of Peace will be stood up soon by us, for all people of Great Turtle Island.

MNN. Mar. 2, 2013. The following quote does not advocate the burning down of anybody’s house. It’s an expression of rage against the system of brutality that has been forced on the Indigenous people. Arihwakehte says, “It happens to have the word burning in their context as a symbol of bringing down a system – burnin’ pollution – band council – burnin’ illusion – voting and policing and redistribution of wealth and power [looting]”. 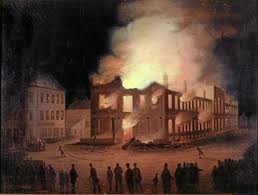 “To be governed is to be watched, inspected, spied upon, directed, law driven, numbered, regulated, enrolled, indoctrinated, preached at, controlled, checked, estimated, valued, censored, commanded by creatures who have neither the right nor the wisdom nor the virtue to do so.

“To be governed is to be at every operation, at every transaction, noted, registered, counted, taxed, stamped, measured, assessed, licensed, authorized, admonished, prevented, forbidden, reformed, corrected, punished.

“It is under the pretext of public utility and in the name of the general interest to be placed under contribution, drilled, fleeced, exploited, monopolized, extorted from, squeezed, hoaxed, robbed.

“And, to crown all, mocked, ridiculed, derided, outraged, dishonored. That is government. That is its justice. Thaz is its morality. [Proudhon: 19th Century philosopher.] We sign in solidarity. 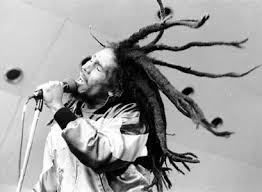 Things don’t need to be this way. We can stick to our law, the Kaianerekowa. But we must not close our eyes to what will be in store for us. The consequences of following the colonial model of government are already well known. Previously posted, Dec. 4, 2004.

Each one of us Power
Greatest story never told

MNN.  27 June 2012.   The Great Peace of Montreal was completed on June 25th 1701.  It is the treaty that established the invaders’ right to live here.  Canadian history omits it.
The French sued for peace to end their 92-year war with us, called the French and Indian wars.
This treaty legitimized their presence on Great Turtle Island. All immigrants agreed to live according to the Kaianerekowa, the Great Law of Peace, through the Guswentha, the Two Row Wampum.  They would stay on their boat, not interfere with us, live in perpetual peace and could never own any of our territory.

Our younger brothers agreed to become of one mind with the natural world.  The Kaianerekowa is the great medicine that comes from the minds of humanity, to create peace and take care of each other.
This is the only legal means by which anyone other than an ongwehonwe can live here.
From the Arctic, Pacific, Atlantic and Gulf of Mexico  indigenous nations took part in the solemn ratification ceremonies.
In July 1701 we took the wampums to the British at Albany, who had taken over the Dutch colony of New Amsterdam in 1684.  They agreed to the same terms.  From here the Nanfan Treaty 1701 gave the British permission to live with us in peace.
In 1710 five Iroquois chiefs from each Haundensaunee nation went to Europe for the first and only time.  One chief died on the way.  They took the wampum belts to explain and ratify the Guswentha with the monarchs.  All 13 royal bloodlines attended.  Teeyeeneenhogarow, Sagaweathquatiethtow, Honeeyeathtawnorow and Etowohkoam were dubbed the “Four Indian Kings”.

The hierarchical heads turned the visit into a big circus.  They didn’t want peace.  Only war, ‘ordo ab chao’.
As a patriarchy they couldn’t let their women exercise female power.  Without it, the peace could not be adopted.
The American Revolution was the first false flag.  It was waged to destroy the Great Law constitution of peace and turn it into the US constitution of war.  In 1779, the Americans sent 13,000 soldiers to Onondaga, the capital of the Iroquois Confederacy, to try to destroy the peace forever.  They could never extinguish the fire of the people.
The British parked their ships in Quebec and took the year off so the Americans could try to finish us off.
Under international law when such a treaty is broken, everything goes back to one day before the treaty was ratified.  In this case, June 24, 1701.  We never surrendered anything.  They reneged on living peacefully.  They are squatters.
Once their hierarchy is gone and they give rights to their women, they can trace the roots to the Tree of Peace and establish peace with us.

Mohawks have not been to Onondaga since 1779.  We had to leave our home communities to save our people and maintain the peace.   Canada imprisons us here to continue their illusion of freedom, that this war was real.  It was all theatre.  The Mohawks will return to Onondaga to stand up the Tree of Peace.
That’s when our traitors will have to return to a proper mind with us. The women will give three warnings to the errant leaders.  If they do not heed their warnings, the war chief drops the black wampum.  They may grab it before it hits the floor and redeem themselves.  If it hits the floor, the warriors smash in their heads with the war club to remove their errant minds.
MNN Mohawk Nation News kahentinetha2@yahoo.com  For more news, books, workshops, to donate and sign up for MNN newsletters, go to www.mohawknationnews.com  More stories at MNN Archives.  Address:  Box 991, Kahnawake [Quebec, Canada] J0L 1B0